Dodge Ending Charger & Challenger, But If You Hate Them, Don’t Celebrate Just Yet 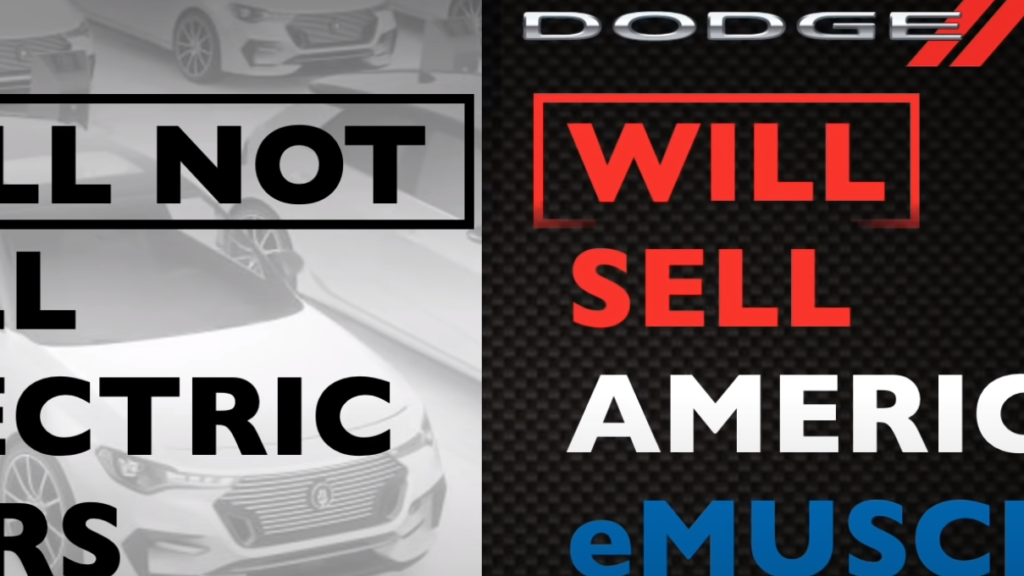 A recent article at CNBC broke news that Dodge will discontinue production of the Charger and Challenger muscle cars at the end of next year. While they’re an iconic car and draw in a lot of enthusiasts, they’ve been a source of trouble for Stellantis, Dodge’s parent company. The bean counters and environmentalists, along with […]

You are here: Home / News / Dodge Ending Charger & Challenger, But If You Hate Them, Don’t Celebrate Just Yet

A recent article at CNBC broke news that Dodge will discontinue production of the Charger and Challenger muscle cars at the end of next year. While they’re an iconic car and draw in a lot of enthusiasts, they’ve been a source of trouble for Stellantis, Dodge’s parent company. The bean counters and environmentalists, along with the safety Karens, seem to be happy about the end of these vehicles, but the truth is they’re not going away. They’re just changing.

The Charger is part of an industry trend toward retro-inspired vehicles that happened in the mid to late 2000s. The car that started the trend was the 2005 Ford Mustang. After several generations of cars that looked increasingly different from the 1960s original, Ford offered a car that gave buyers a modernized version of 1960s styling, but with modern safety, power, and creature comforts. The other members of the historical Big Three automakers really had no choice but to follow suit, with a retro Camaro and a retro Charger following up in the years after.

Even as many people flocked to crossovers and SUVs, these powerful and emotional vehicles kept sales up and kept giving the brands an emotional connection for buyers of cheaper vehicles, some of which shared styling cues from the Charger and Challenger.

But, this proved challenging for Stellantis. Maintaining CAFE standards and meeting other regulatory requirements outside of North America is harder with not only the base Challenger and Charger, but also with performance variants of the vehicle with even higher emissions and fuel consumption. So, the company had to schedule the end of production of these models.

But, The Charger & Challenger Aren’t Going Away For Good

These vehicles, especially their top performance variants, have never been huge sellers. They sell well, but they’re not selling in the volume that more affordable and practical vehicles do. But, that doesn’t mean they don’t matter. While CNBC and their bean-counting friends want to paint the Charger and Challenger as anchors holding the company back, or worse, using loaded words like “infamous” to describe the high performance variants, they don’t understand that selling these vehicles at the top of the market helps sell the vehicles that make up Dodge’s bread and butter.

But, this isn’t a fact that’s lost on Dodge. The company wants to make it clear that performance cars aren’t going away and being replaced by a fleet of LEAFs and Priuses to make the Ralph Naders of the world happy. Instead, it is going to be shifting to hybrids and electrics that have at least the performance of these vehicles, if not more. So, the “infamy” will continue, but with lower emissions and fuel consumption.

Nothing can make this more clear than the video last year from the Stellantis EV Day:

“Dodge will not sell electric cars. Dodge will sell American eMuscle,” was the big takeaway from that day. Dodge also made it abundantly clear that it is launching its first BEV (not a hybrid) muscle car in 2024, right after the end of the gas-powered Charger and Challenger. So, it’s highly premature to call this the end of the line for those cars.

Like muscle cars or hate them, they’re not going anywhere. Moving to electric is the obvious right move, but that doesn’t mean the whole population is going to suddenly embrace the Prius virtue signal.

Tesla knew that this wasn’t the way forward, especially in the US market. So, it did the same thing. Tesla focused on high performance vehicles, even if they cost an arm and a leg initially, instead of trying to get everyone into funny looking eco cars. We shouldn’t be surprised when Dodge does the same thing.

Featured image: a screenshot from Dodge’s 2021 “summit” announcing the change to electric.